From Whitehorse to Carmacks 1997

From Juneau, Annette flew back to Anchorage, in order to fly home from there. I take the ferry to Skagway and then on to Whitehorse.

It is not worth spending more than a day in Skagway, a small pseudo-historical town. The next day, I carried on - with the White Pass and Yukon Railroad. The train journey is an experience. One can imagine what a back-breaking job it was to build this section of the railway. 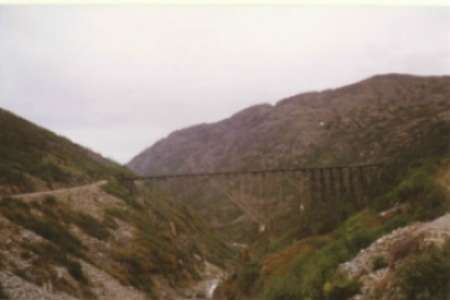 In Whitehorse, after erecting the tent and stowing everything, I made a trip into the town. Whitehorse, which is the capital of the Yukon Territory, is striking because of its four-lane roads. Otherwise, I do not find the town particularly attractive. The next morning, I make a start with buying the necessary provisions and putting the boat together. In order to get the boat and all my possessions to where my boat trip is to start, I have arranged with the personnel of 'Canoe People' that I will be picked up from the camping ground at 10 a.m. the next morning. Hm, they must have completely forgotten me. However, after a few phone calls, things work out. At last, I'm on the river! The first day, I get nearly as far as Lake Laberge. It is September and there is not much water in the Yukon River. Naturally, this also means that there is very little current.

On entering Lake Laberge, the waves surprise me. Somehow, I am not careful enough - and suddenly a wave against the side of the boat makes it capsize. Luckily, it is not far to the bank, but I am still affected by the shock. I decide to call it a day and to get myself dried before doing anything else. 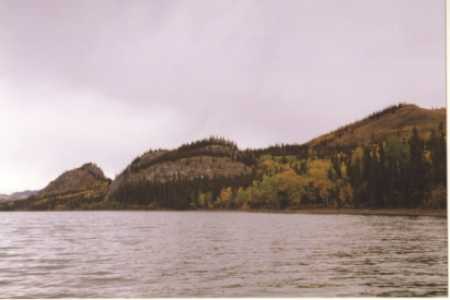 As I go further, I often pass places where people have camped. This shows me that the area is not always as quiet as now in September. I can't understand why people don't take their rubbish with them instead of leaving it lying around in the open.

On Lake Laberge, the wind always comes from the wrong direction. There was only one morning when the wind blew from behind me. Apart from this, the wind came from either the front or the side. 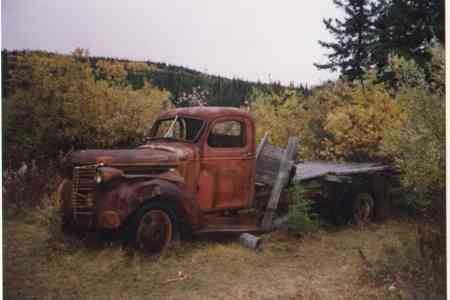 When I reach Lower Laberge Village, I am glad to have flowing water under my keel again at last. Because of the low water level, the guide for the river can be used to only a limited extent. Where it shows islands has, for some time, been the bank of the river.

Because of this, in the evening, it is sometimes difficult to estimate how far I have travelled that day. But I soon start to tell myself that the river will take me with it - for over 3,000 km if it wants to. I surrender myself to the river and nature. Admittedly, I sometimes had to fight against strong gusts of wind, which almost tear the paddle out of my hands - of course they always come from the wrong direction. Once, in the early afternoon, the sky turned jet black and the gusts of wind became stronger and stronger. As soon as I had the chance, I left the river and put my tent up. I had barely finished pitching the tent and stowing my gear, when the sky suddenly became blue again. It had rained for only a short time, although the clouds had made me expect a storm. Well, as the tent was already pitched and my gear stowed, I decided to stay here for the rest of the day. 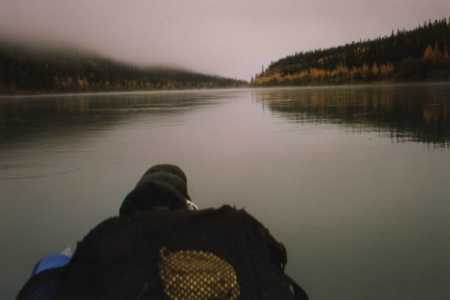 The next morning, after the mist had cleared, the weather was beautiful again. At the mouth of the Big Salmon, I met two canoes. Those were the only tourists that I met on the river. After passing the mouth of the Little Salmon, I made the acquaintance of another achievement of civilisation which I had almost forgotten. The highway here runs close to the river. Although there are not many cars, what there are make more than enough noise. 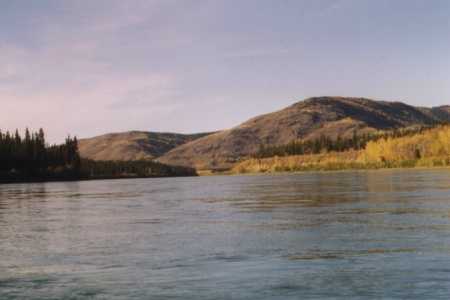 After a total of twelve leisurely days on the river, the highway bridge near Carmacks came into sight. Actually, I had wanted to go as far as Dawson but, after having dawdled for so long, there was not enough time left. So I decided to end my trip along the river in Carmacks and to take the bus from there to Dawson. 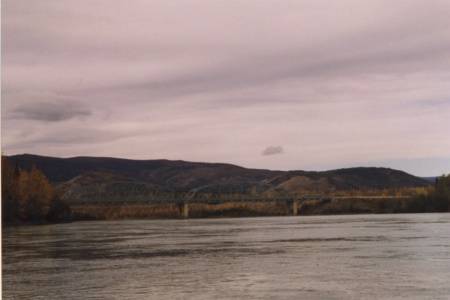