Beaver, Mountains and a Car Key

As always when we spent the night in the Salen youth hostel, our first visit was to the beavers in the river. But this time, not a single animal was to be seen.

The next day, we walked by the Görälven, along a path worn by people fishing or looking for berries. We walked along one bank upriver, and back again on the other side. When we had almost reached the youth hostel, the path came to an end where a stream, coming from the left, ran into the river. Pursued by swarms of gnats, we fought our way through the woods, to the road. That evening, as if to make up for everything, the beaver appeared. The little creature stayed underwater until the middle of the river but then swam three whole strokes in full view. The following day, we started on the second stage of the Kungsleden. 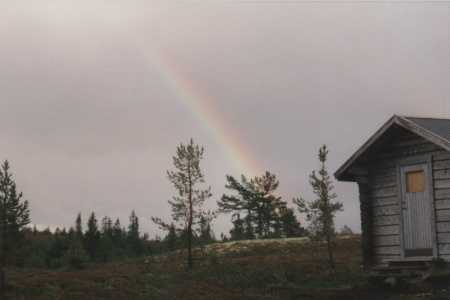 The weather was sultry and it rained repeatedly. We hardly noticed that the sky became darker and darker. The Lilldalstuga is located behind the Näsfjälls. To get there, we had to go through a hollow, directly over which the thunderstorm hung threateningly. We felt rather anxious - the sound of thunder came from all directions. By the time we reached the hut, we were rather wet. 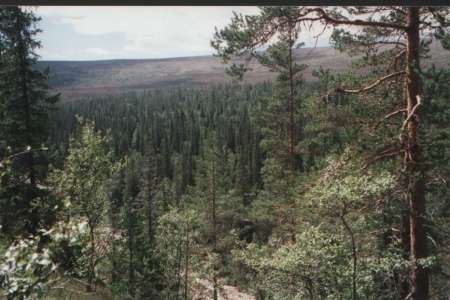 Strictly speaking, one is not allowed to say overnight in the huts - but we slept very well. The next day, the track climbed up for another 300 metres. We changed from the summer to the winter track, which was more pleasant to walk along as there were fewer stones. In the Bjornholmsäter hut, we met a couple who - after greeting us - asked if the car with the Stuttgart registration plates, which was parked in front of the youth hostel, belonged to us. We soon realised why they asked - the car key must have fallen out of our rucksack at the last hut. The couple had quickly grasped what had happened, and our car key was already on its way back to the youth hostel - in the care of another couple of hikers.

That evening, a German group came to the hut where one could stay overnight. They were not well prepared for Scandinavian weather and wanted to warm their frozen bones. Continuing on our way, we missed the fork in the trail. A few years previously, a storm had torn away part of the river bank, taking with it the bridge which crossed the river. We didn't find the tree trunk, which is now used to reach the opposite bank. The only thing we could do was to walk along the river. But there was no track and only the water showed us the direction. 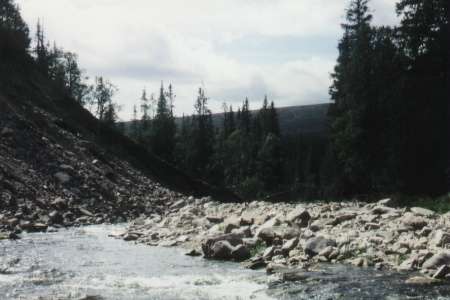 Making progress was difficult so, after some time, we simply pitched the tent and called it a day. The rest of the way to Tangastugan was just as difficult. Just before the hut, there is a 'bridge' - or rather, a plank crosses to a large stone in the middle of the river and, from there, another plank leads to the opposite bank. Although the river is rather deep at this point, Reinhold decided to wade across it. We decided to continue along the summer track (which is not marked) - and it almost paid off - the Tangsjöstugan is located on the last of three lakes. To reach the right bank, we should have turned off between the second and third lakes. 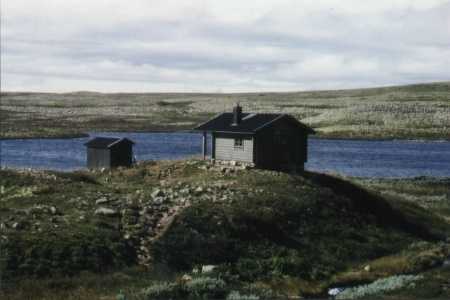 Once again, we missed the turn and, as punishment, we had to walk right round the lake. The last 500 m. were really hard. As the evening drew near, the skies were dark grey and it was only 8°C. 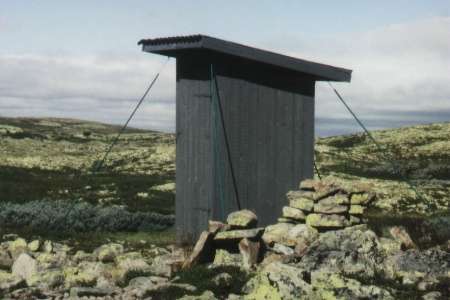 But, to make up for this, the weather the next day was just great. Even shortly before nine in the evening, the sun was still high in the sky and one could see some of the high Norwegian mountains in the distance. From the Rösjöstugan, the final section was in the direction of Gördalen. According to the guide book, the track went downhill all the way, but this proved to be one enormous lie. For about the first nine kilometres, it went uphill, but the remaining four km went steeply down - across heaps of scree. When we reached Gördalen in the evening, just as the first drop of rain started to fall, we were rather worn out. 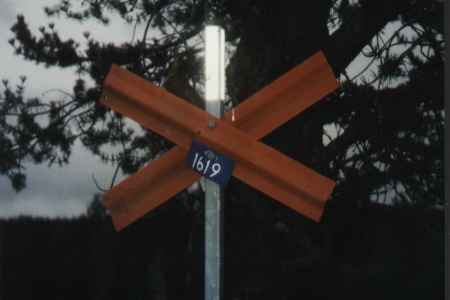 Another statement in the guidebook - that there were huts to rent in Gördalen - also proved to be wrong. So we finally spent the night near the hut at the beginning of the third stage of the Kungsleden. The man who looked after the hut in Rösjön had told us that the bus from Gördalen to Särna left once daily, at 10.20. We reached the bus stop in good time (without breakfast), but no bus came. A glance at the timetable showed us that this was exactly the day when the winter timetable came into force. The bus had left at 7.20. So there we stood, in the rain, 50 km. from Särna. We did not feel exactly enthusiastic at the thought of spending another day in the hut. There was no traffic worth mentioning on the road. While we were sitting in the hut, feeling rather sorry for ourselves, a car approached. Reinhold ran towards the road, waving his arms. The driver greeted us in a friendly way - but drove on. Suddenly he braked and then backed up. He said that, if we didn't mind the fact that he had to work en route (he checked damage to the road), we could go with him. It was a very entertaining and interesting drive to Särna. From there, we took a taxi back to our starting point, where our car and the key were waiting for us.