Cows in the River and on Plates

The air was flickering in the heat when we arrived at the camping ground in Digoin. It was too hot for June, and far too hot to put out boats together. But nothing can be done about that. To make up for it, we had a wonderful evening meal in the courtyard of a restaurant. Savoir vivre.

The next day, we set off. At the end of the camping ground, there is a great place to put the boats in the river. There was surprisingly little water in the Loire and carpets of algae were growing everywhere. The bees seemed to be enjoying the sun and the flowers just as much as we were. 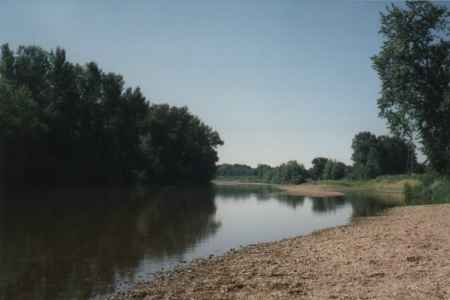 We spent the first night on the edge of a meadow, used for grazing. The next morning, we were woken up by the sound of the tongue of a cow, which was licking the salt from our last holiday off the tent. When the cow tried to unpack our kitchen utensils, we told her forcefully that this was something one didn't do.

White Cows in the River

Before going on, we took a look at the old, ruined dam just past Diou - by low-water, it would be impossible to take a collapsible boat through it without ruining the boat. We decided to tow the boats past it, to the left. That worked out well and was even a lot of fun. 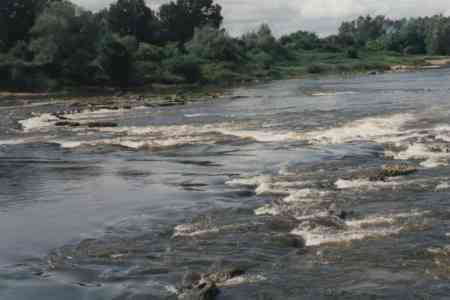 A bit further on, I discovered a piece of steel plate sticking out in the middle of an eddy of water under a bridge - left behind by builders. Luckily, the current carried me safely past the obstacle.

Behind a bend, cows suddenly appeared in the middle of the river. My boat is red! Help, I'm not a Spanish torero! That was what came to my mind. But, as I came nearer and nearer, the cows simply continued to stand there. Reinhold always told me that, during his first kayak course in New Zealand, the instructor told him the worst thing that could happen when kayaking was to be confronted with cows in the river. So I asked Reinhold what he thought I should do. 'Under no circumstances paddle between their legs…..!' Just before I reached them, the animals trotted off slowly in the direction of the river bank. 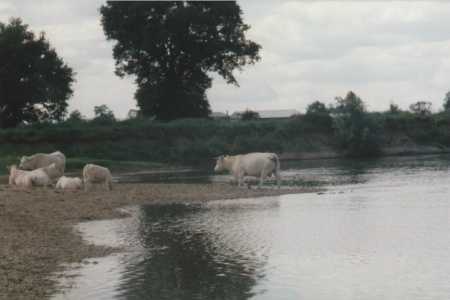 Because there was so little water, we kept running aground on sand-banks - we had to get out and push. When we could paddle, the tree-lined banks of the river passed by us.

Back - Without a Current, The Loire Canal

In Decise, we decided to change over to the Canal lateral de la Loire. Doing that is not so simple, canoes are not welcome there. There are numerous locks on the canal, and a canoe can use these only if the lock-keeper agrees (and if a boat which pays is going through with it). With fourteen locks, that happened to us only once. At the other locks, we had to carry the boats round - sometimes up steep banks. 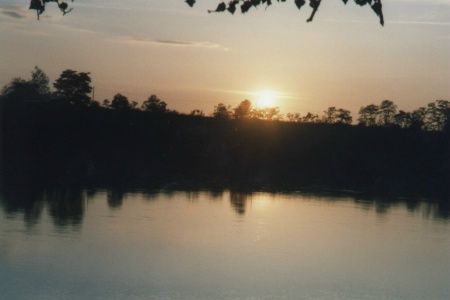 Part of the trip on the canal was a slalom course between fishing lines. Once an angler threw stones at us in anger because Reinhold had not noticed a fishing line. Apart from that, there were a lot of house-boats. This was made up for a bit by a good evening meal, followed by camping on the meadow in front of the restaurant, the most beautiful warm and starry night of that summer, and a super breakfast the next morning.

The last evening of our trip on the Loire, we just managed to get off the water before a violent thunderstorm began. We had interpreted the clouds wrongly and had not thought that a thunderstorm could develop. Throughout the night, one thunderstorm was followed by the next. The next morning, we covered the last few kilometres back to Digoin. Before the Digoin aqueduct, we changed back from the canal to the Loire and went on land 500 metres up river, near our car on the camping ground.