After we had returned from the Nalycevo National Park to Jelizovo, we had to make a start on getting our luggage ready for our flight again and packing it accordingly. As yet, we had not had any news from the German Embassy in Moscow. Because of this, we presumed that the arrangements made over the phone were still valid. The next day, we were to pick up our new passports in Moscow – without these we would not be let back into Germany. But first we had to get out of Russia – and the very first thing was to leave Kamchatka. That evening, Lena brought us the documents with which we could leave Kamchatka. She asked us if we needed help from her partner agency in Moscow. We said we would because, although the price was not low, it would make it much easier to have a driver and an interpreter in Moscow. We now had the papers with which we could leave Kamchatka. In Moscow, we had to pick up our passports from the German Embassy and get the necessary visas for leaving Russia.

The following morning, Martha took us – complete with all our luggage – to the airport. After checking in (and paying for our excess baggage – which was now noticeably less), our provisional exit permits caused some irritation at the security control point, but they were accepted.

On arrival in Moscow during the early afternoon (Moscow time), Elena and her driver were waiting for us. We loaded our luggage and off we went to the German Consulate. We arrived there to find everything locked and barred, with not a person in sight. Luckily, we found the emergency number of the German Embassy. The Emergency Service thought we were expected at the Embassy – and we were standing in front of the Consulate. So we got back in the car and drove to the Embassy. There the Sunday Emergency Service was waiting for us. We were given our new replacement passports, which were only valid for 10 days. After the charges had been paid, they said a friendly farewell to us. Was that all? During my telephone conversation, from Jelizovo, with the Embassy, the clerk had explained the procedure. We now had to buy an exit visa from the ‘Consul at Sheremetjevo’. There was something else that he had also tried to explain to me, but I didn’t quite understand it in the phone conversation. Something about the Russian Ministry for Foreign Affairs. But I hadn’t thought to ask the Embassy employee when we were there.

As we had quite a lot of time, we accepted Elena’s offer to show us something of Moscow. The Kremlin, the Red Square – which was, unfortunately, closed because of the anniversary of the city, GUM and, of course, the Metro. 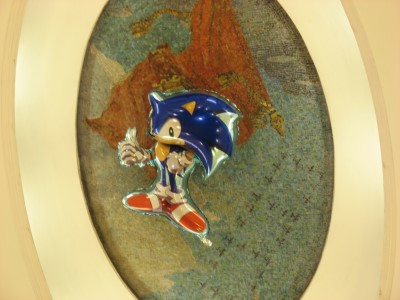 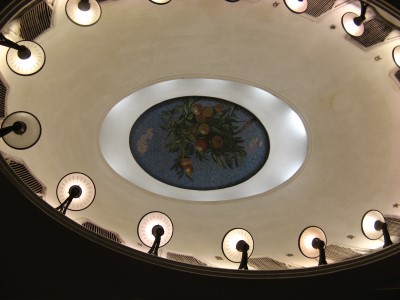 Early in the evening, we went back to the airport, in order to buy the exit visas. On arrival, we started to look for the ‘Consul at Sheremetjevo’. When we finally found ‘him’, I was surprised. I had expected an office or a counter at which a person sat and sold exit visas – like potatoes or apples. The ‘Consul’ was in fact an intercom, through which one had to say what one wanted. The time which it takes before someone answers the intercom can be any length. One rings the bell, nothing happens, one rings again and waits. Finally, when one feels like giving up, a voice answers (in Russian) and asks what one wants. Here, we could not possibly have managed without Elena’s help. 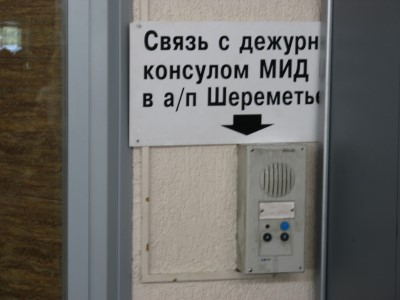 We felt as if we were in a Franz Kafka novel. – the three of us stood in front of this box. Suddenly, I said – in English – that we wanted to fly home today. At first, I didn’t understand the answer. In good English (until now the ‘Consul’ had only spoken Russian), he replied ‘You don’t fly today’. He had had his instructions which he followed rigidly. According to these instructions, his higher office, the Russian Ministry for Foreign Affairs, had to give him the order to issue these two exit visas for Germany.

In due course, we accepted the facts. I went to the Aeroflot counter and changed our flight reservations. With Elena’s help, we found a hotel near the airport. When we checked in, there was again the problem of our lost passports, because we had no registration paper for Moscow. Luckily, the matter was taken care of without the police and a page-long report. After putting our things in our room, we went to the restaurant, and then to the bar.

The next morning, we informed our employers that we were still in Moscow, and – unfortunately – could not be at work until tomorrow.

When we phoned the German Consulate, they said they would get to work on our problem. We should come again later. Because of the chaotic traffic in Moscow, we didn’t get to the Consulate until 12.30 hrs – lunchtime. At about 13.30 hrs, they finally let us in. A second receptionist showed us into a waiting room. Communication with the employees was by means of an intercom in front of the bullet-proof glass. We waited. Then we learned the yesterday evening’s note was no longer valid, because of the date. Oh, we thought that might be the case. Then they just change the date from 3.9. to 4.9. and the matter is settled. The note was not ready and faxed to the Russian Foreign Ministry until 14.45 hrs. The Emergency Service of the Russian Foreign Ministry only works until 18 hrs on Sundays – and the note sent the previous day was only received after 18.30 hrs. 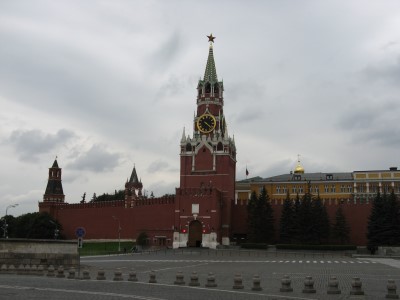 Our request that they should phone the Russian Foreign Ministry was refused, as was the request that they called the Consul at Sheremetjevo. Of course, such a diplomatic note has to be paid for, and it has to be paid for in roubles. But at least we were given the mobile phone number of the Consul. When we were back in the car and on our way to the airport, Elena tried immediately to reach the Consul by phone. He still had not had any instructions from the Foreign Ministry. However, the Consul on duty that day was prepared to call the Ministry and ask about the matter. We should call him back later. Afternoon traffic in Moscow is terrible. Using back streets, we reached the airport at about 17 hrs. To our great relief, the diplomatic note with the correct date had reached the Russian Ministry for Foreign Affairs in the meantime. Now we were able to see the Consul personally. He handed us the long-awaited exit visas and wanted 100 US$ per visa. That was exactly double the price that we had been told at the Embassy. But it was no use trying to bargain in such a situation. We paid, and thanked him nicely. Seen face to face, the Consul that day was quite a pleasant man. His colleague the previous day had probably been ordered to do Sunday duty against his will.

We said farewell to Elena, without whose help everything would have been much more complicated.

Thus, our stay in Kamchatka ended with an unplanned extension in Moscow. We would like to thank everyone who helped us with the planning, during the trip and with solving all the problems.