Yes, they do exist ... the Northern Lights, Minks and Ringed Seals

A Canoe Tour in the Linnansaari - and Kolovesi National Parks

The start of the canoe tour was more like an orientation trip. At first, we went in the wrong direction and, when we finally headed in the right direction, we found it difficult to distinguish between the numerous islands and went off course to the north. But sooner or later, we did find the place where we were to stay overnight, on Linnansaari Island. When we went round the island the next day, we found a place where freshly-smoked, still warm "muikkos" were being sold. This meant that our food supplies could wait for another day. 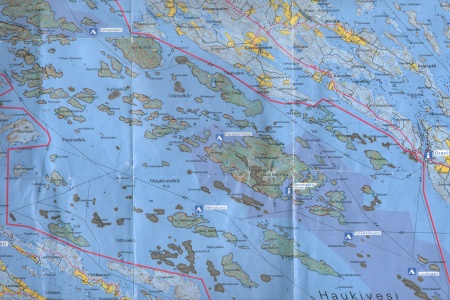 The next day, we also came way off course. From then on, we went strictly by our GPS, and managed very well. Once again, we spent the night on an island somewhere between the Linnansaari and Kolovesi National Parks. Shortly before landing, I saw an otter, and a black woodpecker watched us while we were putting up our tent. After we had had our evening meal, a mink passed by and looked to see if we had left anything for him (unfortunately, we hadn't - he came too late). 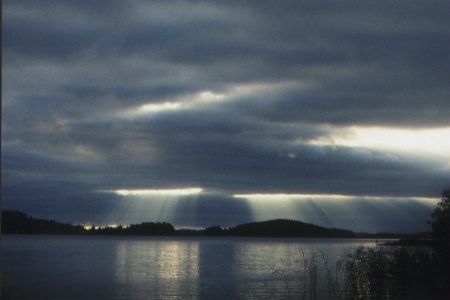 After the next strenuous day of paddling, we stayed overnight in the Saynamo Christian Recuperation Centre. 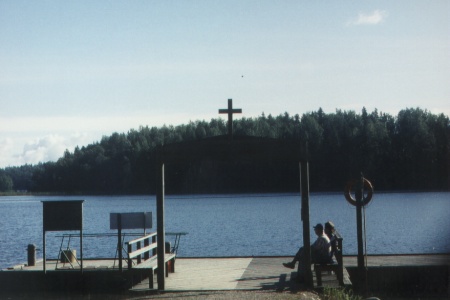 On the edge of the camping ground, there were a couple of young men in a caravan. They would have fitted well into an Aki Kaurismäki film. Of course, our Finnish neighbours shared their supply of alcoholic drinks with us when we were grilling, in the evening - (in spite of the high price of alcohol ! ). 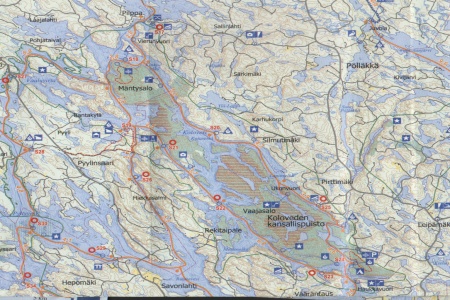 In the southern part of the Kolovesi National Park, the canoe tour was a real adventure. I wouldn't have betted much that, behind the belt of reeds, there really was a channel through which the boats could pass. But we made it! Behind this, there was a part of a lake with an incredible number of beavers' lodges. Judging by their tendency to build large living accommodation, it must have been a colony of Swabian beavers which had emigrated (the Swabians have a saying about working and building a house). It was afternoon - bright daylight - and we couldn't see even one of the beavers. What a pity! 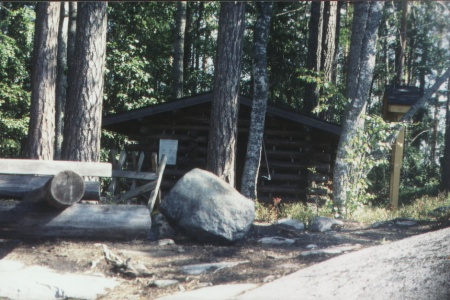 Like others before us, we tried to find the Ukonvuori rock drawings. There was a map of the location, and a track was marked - but it simply ended in a patch of blueberry bushes. There were no rock drawings within sight but it was a rather good place to eat one's fill of berries. Shortly after we cast off again, a ringed seal made up for the rock drawings that we had not found. The creature splashed away in front of us and then dived like a whale. Naturally, this all happened so fast that we had no time to even think of taking photos. 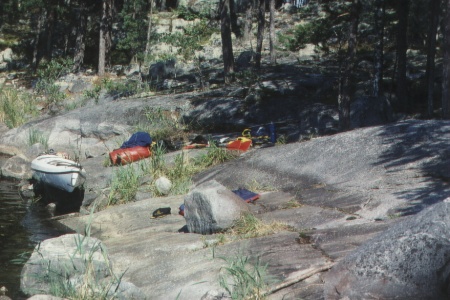 Finally, we almost missed the entrance to the Oravi Canal. We were so busy looking out for the bridge over the canal - but that can't be seen from the lake side. We celebrated our return in Oravi - in the shed by the harbour, where the tango-dancing petrol-station attendant meets the woman from the local supermarket.. 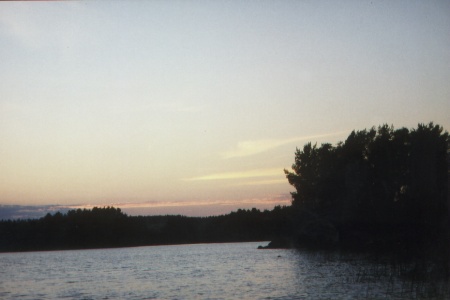 We spent the next night in Savinlinna. A couple of late cups of coffee stopped us from sleeping. That night, Reinhold decided to go down to the lake again. Less than ten minutes later, he was back again and had persuaded me to come down to the beach, too. Green ribbons and curtains spread across the sky. They moved and the spread out - the Northern Lights in the August heat.